Dispatches from the Field 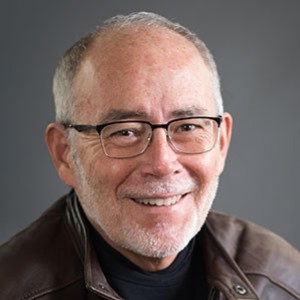 Don’t Fear Change, Dance With It

Many people don’t like change, or at least they are not comfortable with it.

This is perfectly understandable. We are hardwired to fear change—hardwired on a biological level.

Up until relatively recent times, change signaled danger. If early man heard an unusual noise—rustling leaves or branches breaking—out in in the fearful dark around the campfire, he was afraid. And rightfully so. It could be a hungry wolf or tiger. Those that ignored the danger signs were often eaten. The fear was reinforced. Not unimportantly, they were taken out of the gene pool. And so, the fear was “literally” propagated.

Paradoxically, our culture is, on one hand, resistant to change and at the same time, hungry and fascinated with change.

We are indoctrinated from grade school to color inside the lines, not to speak out of turn or until spoken to. If you are so impertinent to ask, “Why do we do it this way?”, the response is, “Get in line and do as you’re told.” The unspoken answer is “We’ve always done it this way. Don’t rock the boat.”

But when something new comes along—a change that speaks to our needs and desires, but a change others were afraid to make or create themselves—we notice it and want it.

You can see it in the entertainment industry. Movie studios and television networks are so fearful of taking a risk and doing something new, they grind out sequel after sequel until we get to the point of being subjected to eleven versions of the Halloween movie. Do we really need a remake of “Roseanne”?

But there were people who were willing to take a risk and try something different, to change not only the entertainment offered but the way it was delivered. Enter Netflix, Hulu, Amazon Prime, etc. They saw what the movie studios and TV networks were too afraid to acknowledge. People actually do want to watch something different; something intelligent, something that spoke to them. They also wanted the freedom to watch when, where and how it was convenient for them.

As a consequence, people, particularly young people, are disconnecting their cable by the hundreds of thousands each year. The industry has been disrupted.

Change is a word… for a journey with stress.

Dancing with the Fear of Change

Change is stressful. Let’s just say it up front. But it is a wellspring of opportunity.

Fortunately, we don’t have to worry about being eaten by wolves or tigers. At least not in this country.

But we do have fears and worries nonetheless.

Let’s also be upfront about something else… you might fail. But you can learn from your failures and improve on the next iteration.

Thomas Edison famously said, when asked about his failure to succeed at inventing the light bulb, “I have not failed. I’ve just found 10,000 ways that won’t work.”

And we all know how that story turned out.

In today’s fast-paced world of on-demand everything and overflowing email inboxes with everybody and their brother screaming at us to buy their product or get this “great deal today”, people have stopped paying attention.

But if you are willing:

then you are on your way to be being heard.

The way will be stressful and at times, scary. But, eventually, you will rise above the noise.

You will be REMARKABLE.

If you’re ready to start making changes and get on the road to REMARKABLE, get in touch.

DO YOU HAVE A REMARKABLE IDEA WE CAN YOU HELP WITH?